A belated Happy New Year from Punta Arenas, Chile! It's been a while since our last update and we've covered a lot of ground since our very white Christmas in Antarctica: 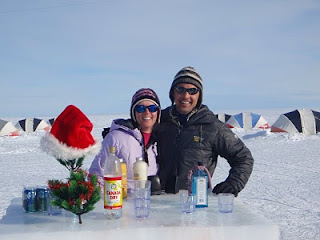 After Christmas (and fun times at the "ice bar") the weather improved dramatically allowing the big Ilyushin-76 to fly in to Patriot Hills to pick us up and make the next leg of our journey possible ...Patagonia! Some of those photos are immediately below and we've also incorporated many new shots from the climb into our previous blog posts, so please scroll through the old posts and take a look. New text is in bold so you can easily notice the additions. 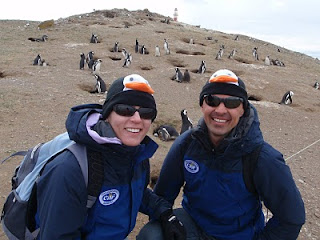 After returning to Punta Arenas we took a boat to Isla Magdalena to visit a colony of more than 150,000 penguins. Since we didn't get to see any of the much larger Emperor penguins while we were in Antarctica, these Magellanic penguins were still a pleasure to watch as they waddled around. ...very cute until one of them decided to peck at our shoes and then proceeded to bite my leg! Ouch! 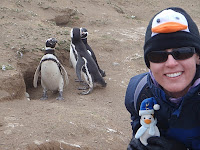 A three hour bus ride north from Punta Arenas took us to Puerto Natales, and after spending a night there, another two hours to the famous Torres del Paine National Park. This is one of the most popular trekking destinations in all of Chilean and Argentine Patagonia, and after seeing the Paine Massif up close, we understood why. The torres "towers" were formed some 12 million years ago and the dark upper part is sedementary rock, while the lower part is granite. 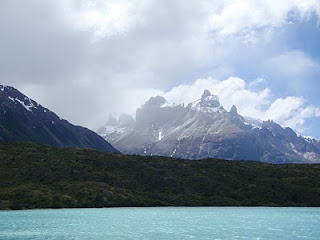 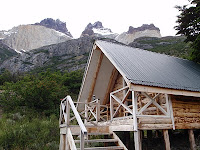 We covered 43 miles over 5 days carrying backpacks that were a bit too heavy, but it was good training! We stayed in tents with the exception of Denise's birthday on the 30th, where we were treated to a warm shower, a nice dinner (complete with a birthday cake made with layered crepes), and a night in the luxury of a private cabin at a secluded and scenic spot beneath the towers at a place called Los Cuernos. This route is known as the "W Circuit" and finished with a view of the massive Grey Glacier below: 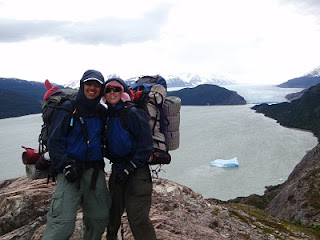 Remember, take a look at the old "2009 Posts" again to see all the new photos. ...and if you want to see even more, here's a link to additional photos on Facebook: