We've covered a lot of ground in the past two weeks since our last blog post (3,157 km to be exact) and now find ourselves back in Sydney after a devilishly good time in Tasmania! Following our Krazy Kozzy summit we continued southwest and drove the Great Ocean Road and even took a helicopter flight to view the spectacular Twelve Apostles, a must see series of rock pillars off the southern Aussie Coast. 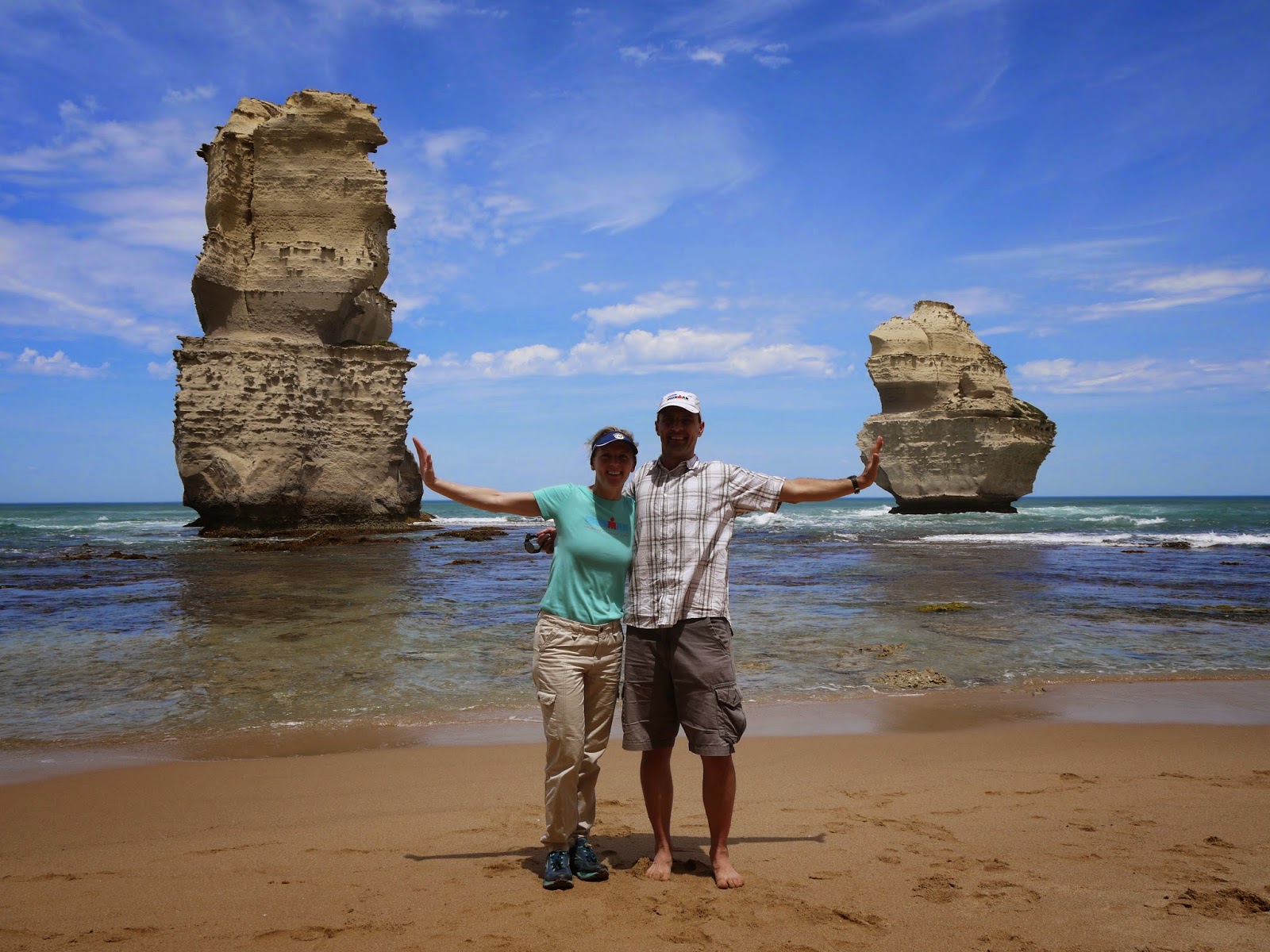 See a few more of our photos here:
https://www.facebook.com/media/set/?set=a.10153050686148982.1073741830.580718981&type=1&l=92564a3b5b
Next we discovered our new favourite way to explore a city via a guided bicycle tour around the sprawling, cosmopolitan Melbourne.  From there a short one-hour flight over the Bass Strait took us to Australia's southernmost state, Tasmania. With wildly natural beauty and nearly a third of the island protected by national parks, it's no wonder Tasmania made it on Lonely Planet's list of Top Regions in the World to visit in 2015. Ranking #4 on the list we suspect Tasmania will become a location for one of our future Step Outdoor Adventures programs. We were also pleased to see Nepal's Khumbu region, site of our Everest Base Camp Trek, rank #6 on the list. 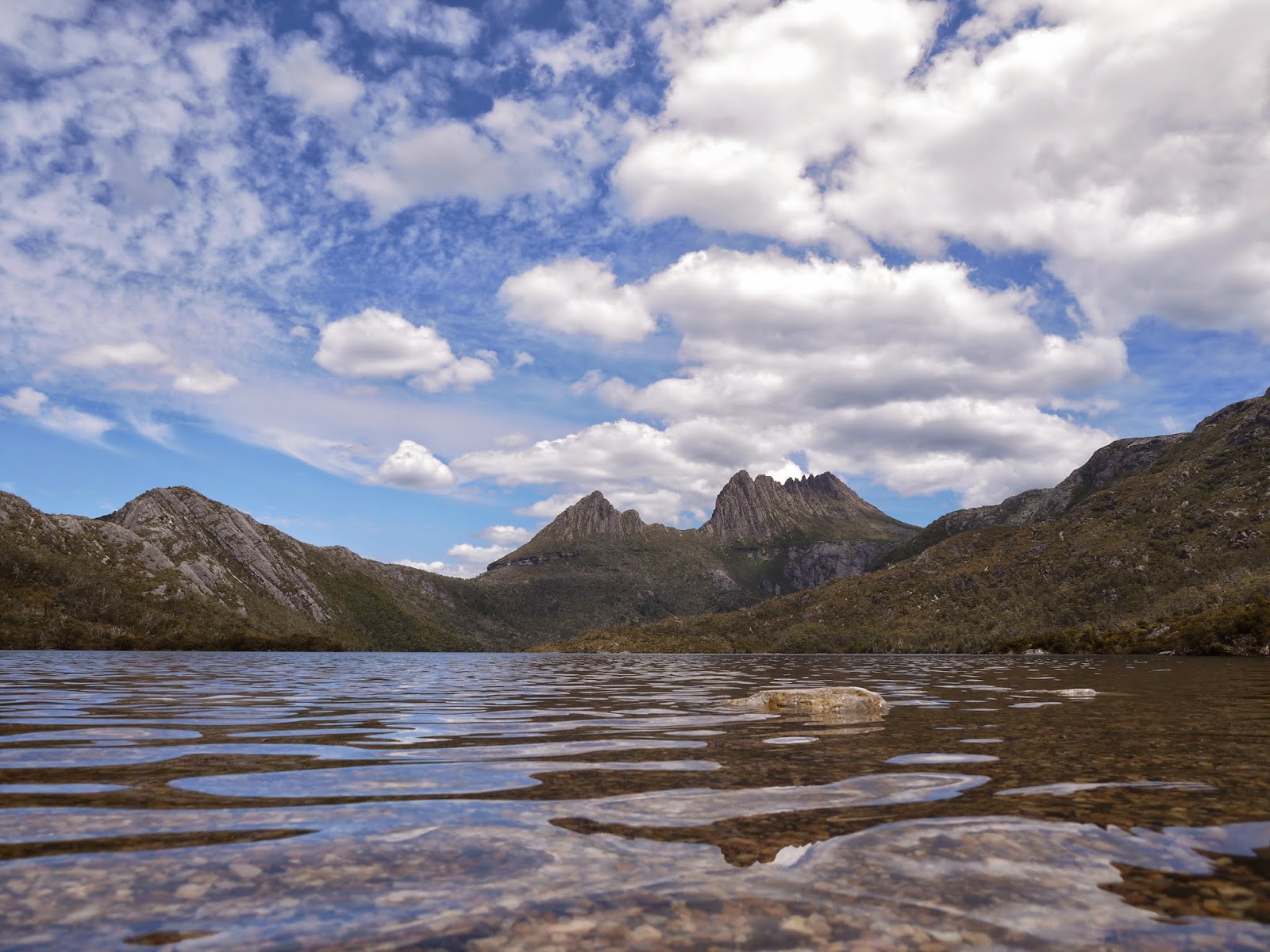 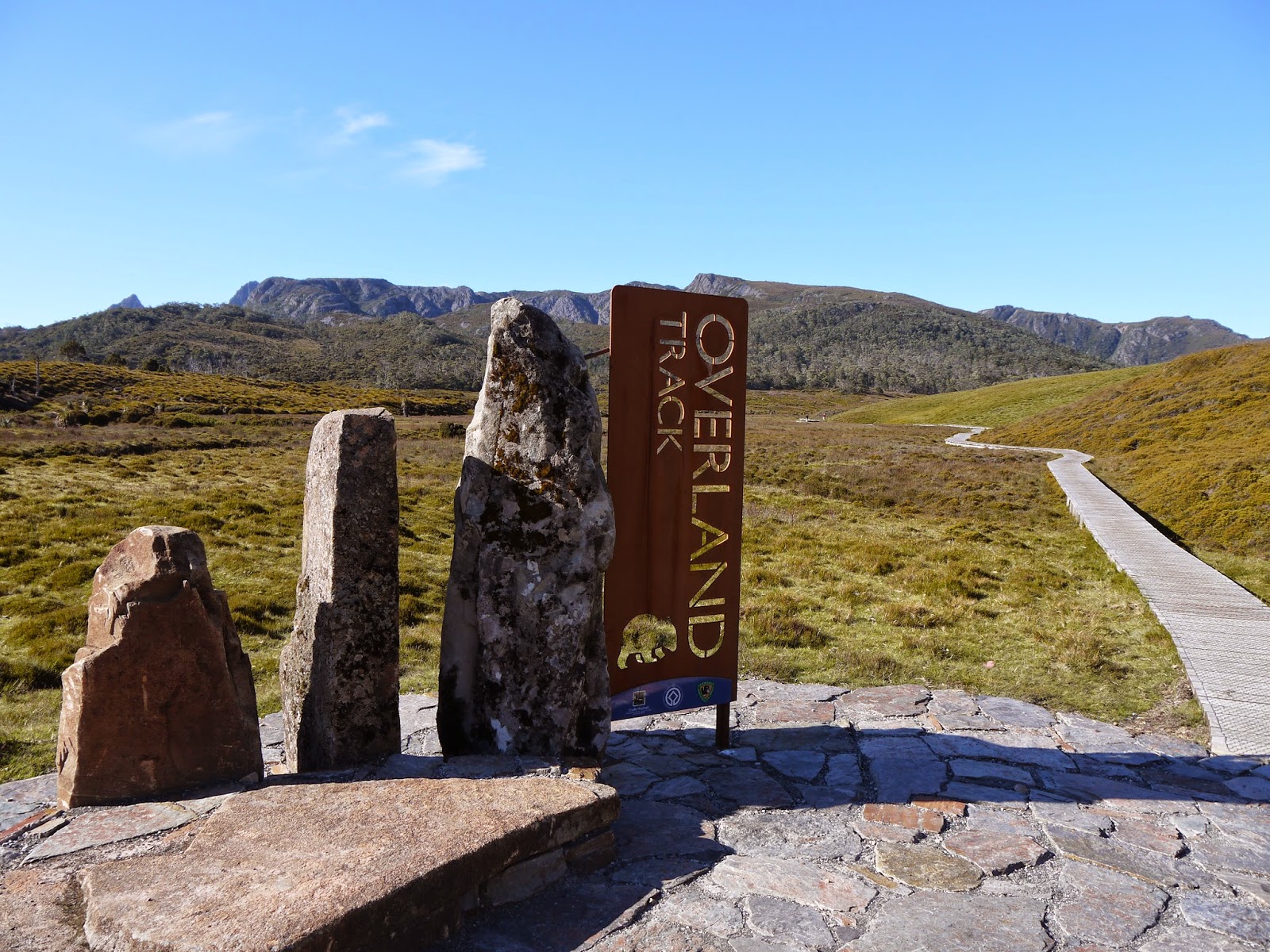 One of Tassie's highlights is Cradle Mountain National Park and the famous Overland Track, a 6-day hike winding through a stunning landscape with no shortage of picturesque lakes and unique wildlife including kangaroos, wallabies, and wombats. We only had two days to spend in the park and made it along the first portion of the Overland Track to Cradle Mountain. 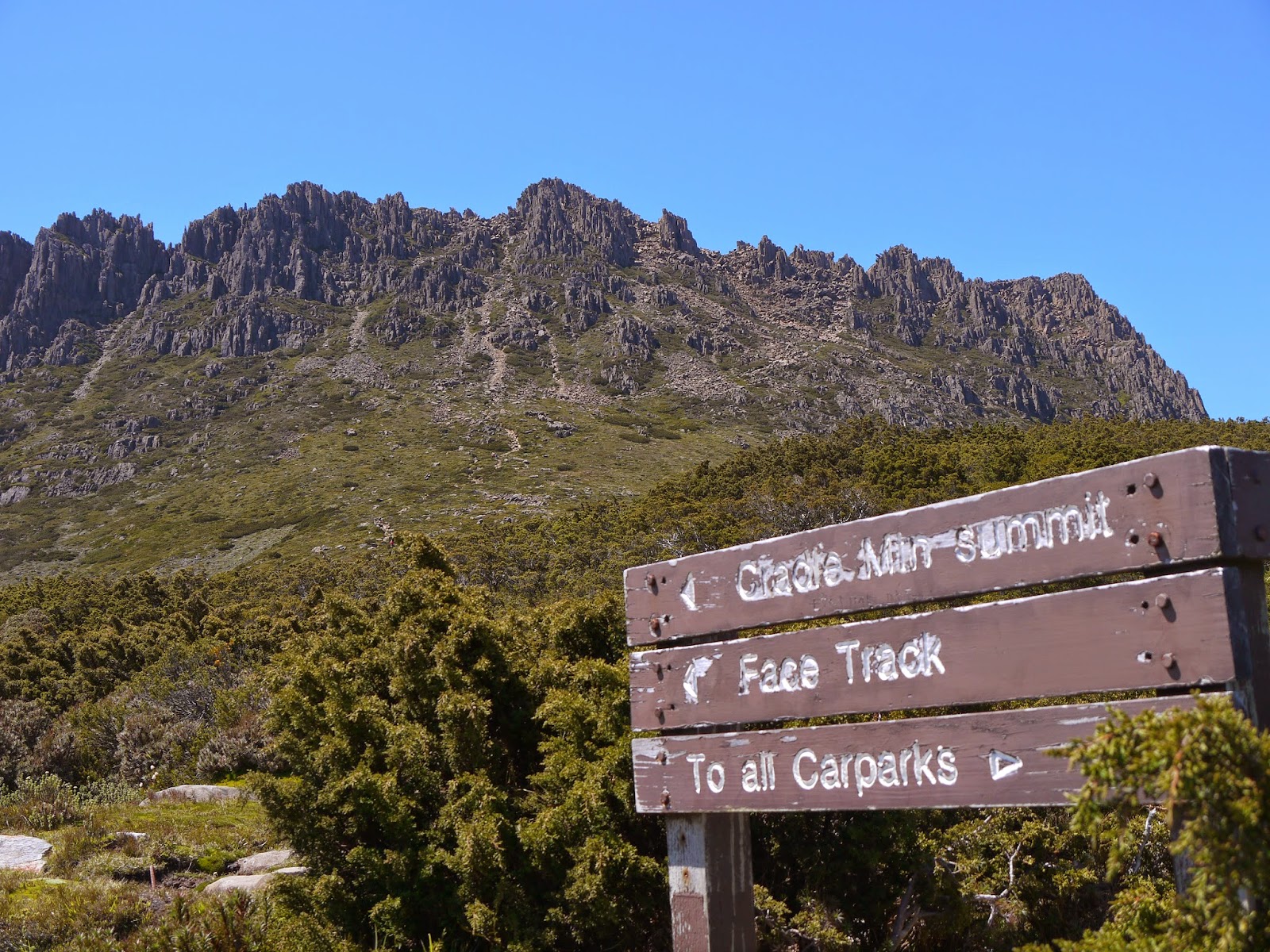 The climb to the meager 5,100' summit is classified as a grade 4+ with exposed scrambling over large boulders, so Denise made the wise decision to give her two-month post-op knee a rest, while I carried the CAF banner the final stretch to the top. 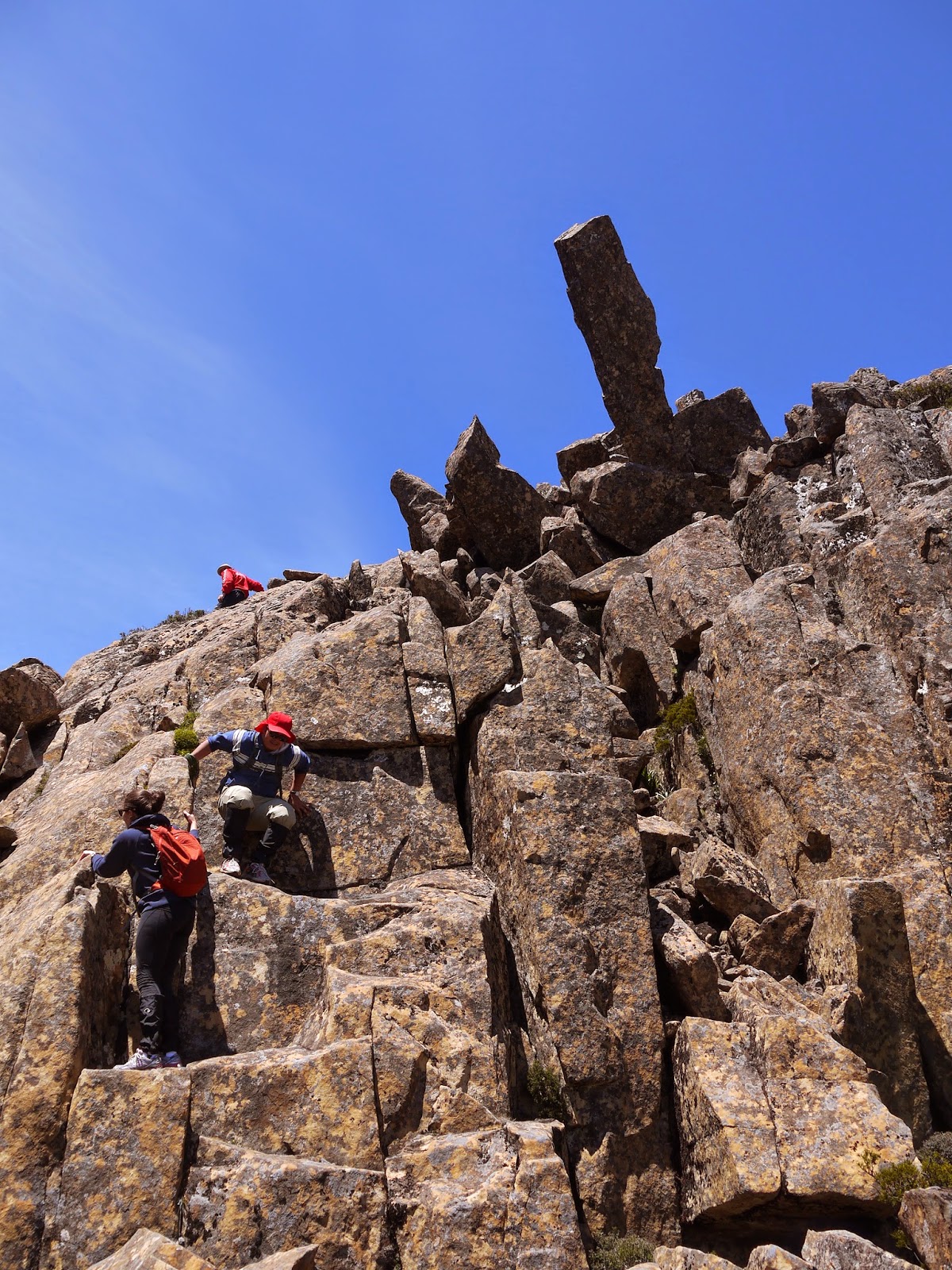 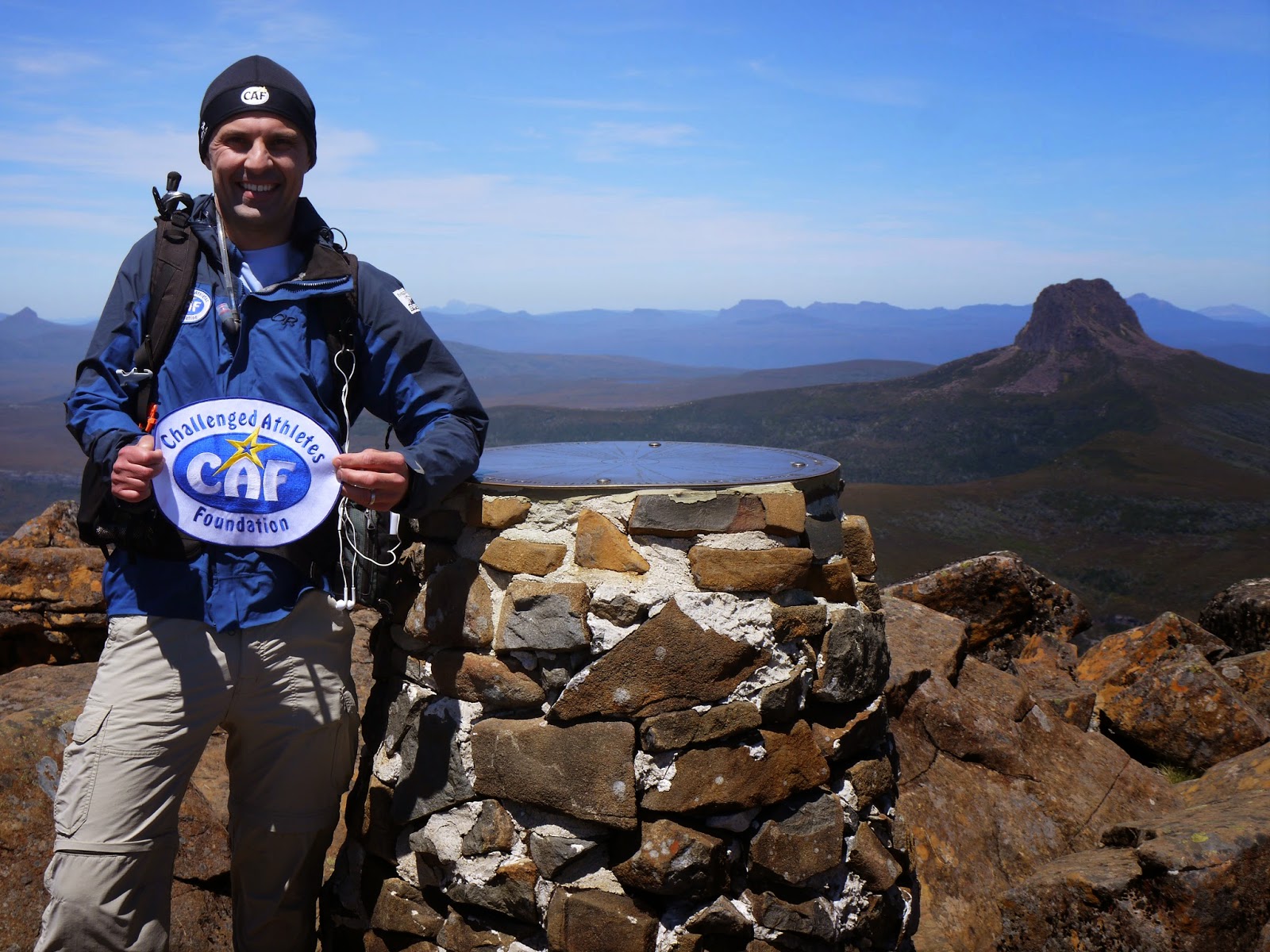 Other highlights from Tasmania include watching scores Fairy Penguins (the smallest of 18 different species of penguins) waddle in from sea to their nests, visiting the site of the former penal colony at Port Arthur, and taking a selfie with a Tasmanian Devil! 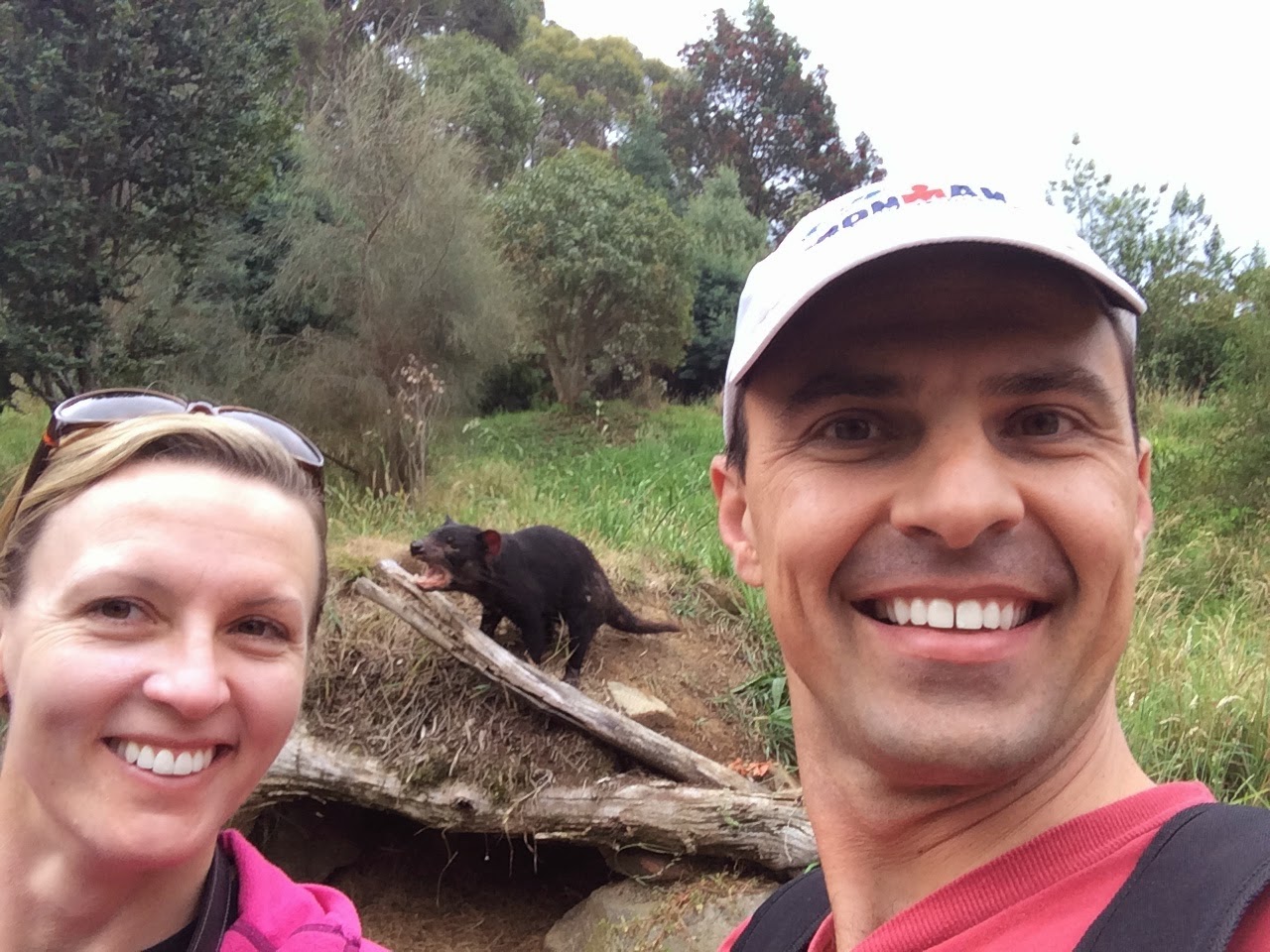 We finished off our time in Tassie with two nights at the Freycinet Lodge in Freycinet National Park. The main draw here are the white sands of the acclaimed Wineglass Bay.  However, you need to earn a refreshing dip in the ocean on this beach, since there are no roads and only a steep hiking trail that takes an hour plus to get to the prize. ...until our next adventure, Cheers! 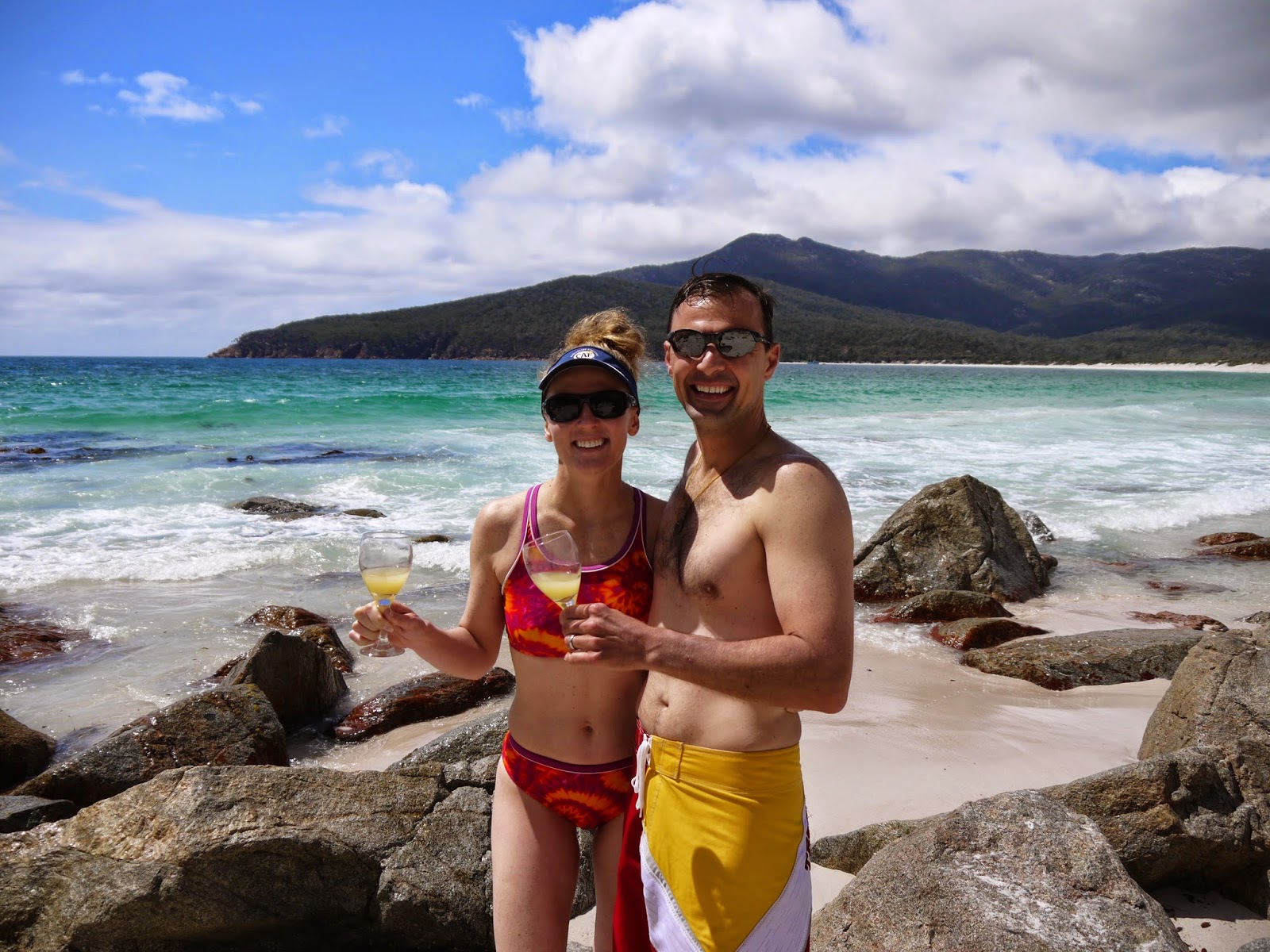 Posted by pfejtek at 3:38 AM No comments: