From Marangu to You 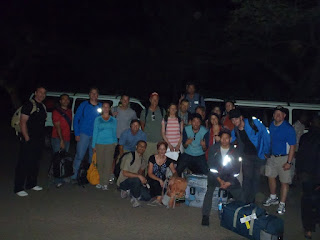 Greetings from the southern slopes of Mt. Kilimanjaro! We have been enjoying the beautiful setting of the Marangu Hotel with cottages scattered throughout the lush green gardens. Our gear is now organized and all packed and we are preparing for the first day of our climb! A light rain is falling and our team has discovered how this area got its name. In the local Chagga language the word "Marangu" means "full of water.".

Soon we will be heading to the Londorossi Gate and on to the Lemosho Glades Route. All 20 of us are doing great and excited to finally begin our way up this mighty volcano. We will be accompanied by a crew of 60 including our local guides, porters, cooks, etc. necessary to support our small army on this remote route as we begin our way up through the rain forest and on to our first camp. We understand data coverage may be sporadic for the first few days of our climb so we will attempt to make another post whenever we are able.

Unfortunately this photo doesn't capture the beauty of the area but it's the only one we have so far of the entire CAFrica team taken upon our arrival at the Kilimanjaro Airport on Thursday night.
Posted by pfejtek at 11:57 PM No comments:

The day has finally arrived for our CAFrica team to board our flight from LAX and on to Tanzania!  We have collected 14 race wheelchairs as donations from challenged athletes throughout the country and have now checked them on our flight.  Thank you KLM for not charging us extra baggage fees for our entire entourage.  We will meet the rest of our team of 20 in Amsterdam and continue on to Kilimanjaro International Airport.  It is fitting that our big adventure commences on this day considering it is the opening day of the Paralympics in London.

If you haven't seen it already, there was a great article in Saturday's Orange County Register about Beth Sanden and our CAFrica team delivering these chairs to Africa.
http://www.ocregister.com/news/sanden-369532-seven-marathon.html
View as pdf 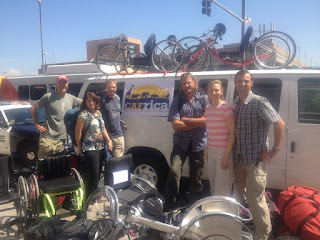 Posted by pfejtek at 1:56 PM No comments:

Another member of our incredible CAFrica Kilimanjaro Challenge team is Mike Akira West.  I'm proud to say I have known Mike for more than two decades, before he started the wildly successful, globally popular snowboarding and technical apparel brand 686.  During our college days at USC we were both working together as instructors at Bear Mountain in Big Bear.  I was teaching skiing and he was one of the few guys teaching that new sport called "snowboarding."  How long is this fad going to last, many of us ski instructors thought at the time.  And they dress so poorly too, we said as we carved precise turns down the slopes in our tight-fitting stretch pants with neat red racing stripes.

Mike saw an opportunity and rode the snowboarding wave to the top, creating some of the hottest apparel designs in the industry along the way.  Now he's heading to the top of another peak - the highest on the African continent - Mt. Kilimanjaro!  He's already at the top of our CAFrica fundraising ranks having raised more than $13,000 for the Challenged Athletes Foundation so far.  Mike and his designers at 686 have also  created custom team jackets that you will see our CAFrica members showing off in pics on this blog later.  (Have you subscribed yet?)

As for the quote from Mike: "Now let's do this!"   It appeared in this article published today called "Giving Back: 686 Founder Mike West on Upcoming Summit of Kilimanjaro"  Please check it out. 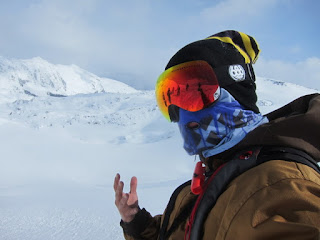 As we make final preparations in advance of boarding our flight to Africa in less than two weeks on August 29th, we thought we should tell you about one of our team members John MacLaren, and in particular some background on his brother Jim.

In his 20’s Jim was a Yale student, an All-American football player, and had a bright future ahead of him.  Then he was hit by a New York City bus, pronounced dead on the scene, but miraculously he lived and awoke from a coma 8 days after the accident, noticing his left leg had been amputated below the knee.  Jim didn’t give up, he recovered and went on to become the top amputee triathlete in the world and finished the grueling Hawaii Ironman in 10:42 – impressive by any standard.

Fast forward to 1993, Jim was competing in another triathlon, and while on the bike course, he was hit again.  This time by a van, he was catapulted into a pole, and this amputee athlete instantly became a quadriplegic.  That didn’t stop him either, and with the help of his friends (Jeffrey Essakow, Bob Babbitt & others) they organized a triathlon to raise money to buy Jim a wheelchair accessible van so he could regain some of his independence.  That’s how the Challenged Athletes Foundation was born, and lives on stronger than ever today, having gone from helping one athlete, to helping more than 6,000.

Unfortunately Jim MacLaren passed away two years ago, on Aug. 30th, but his memory lives on in all of our hearts, especially in the heart of his brother John.  We are honored to have John as part of our CAFrica Kilimanjaro Team, and to climb by his side two years after Jim’s passing, as John proudly takes on this challenge to reach the roof of Africa as a tribute to his brother.  John is the Founder of Elite Fitness Training Systems in Santa Monica, he admirably served our country as a U.S. Navy SEAL, and is one of our group's top 5 fundraisers.  Thank you for your support of CAF, John MacLaren, and the rest of our CAFrica team, and for following along on this blog as the adventure begins!

Posted by pfejtek at 5:49 PM No comments:

Rising with prominence high above the grassy plains below, Mt. Kilimanjaro is the tallest peak on the African continent and one of the famed Seven Summits.  We have formed a team of 20 incredible individuals who have responded to the call to climb this great mountain which reaches 19,340 feet into the sky ...and we are climbing for a worthy cause.  The CAFrica Kilimanjaro Challenge benefits the Challenged Athletes Foundation, and this blog is where you can follow along as the big adventure will soon be underway.

Please take a moment to visit our website: http://CAFrica.org with profile pics of our Team, itinerary details under the link About the Climb, and other fun details about this endeavor that promises to be outright life changing for many more individuals than just our climbing team.  In order to keep updated on our progress please "Subscribe" by entering your email in the box on the upper right side of this blog page.  It's free and easy to do, and you will only receive notifications when a new blog post has been made.

“After climbing a great hill, one finds that there are many more hills to climb. I have taken a moment to rest, to steal a view of the glorious vista that surrounds me, to look back on the distance I have come. But I can only rest for a moment, for with freedom comes responsibilities, and I dare not linger, for my long walk has not yet ended.” –Nelson Mandela - as quoted in "Steps to the Summit" from Step #1 "Dream Big and Step Up!" 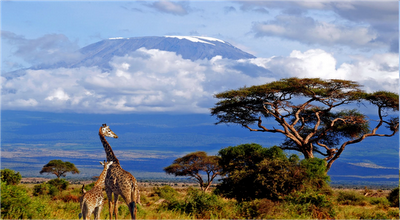 Posted by pfejtek at 3:47 PM No comments: